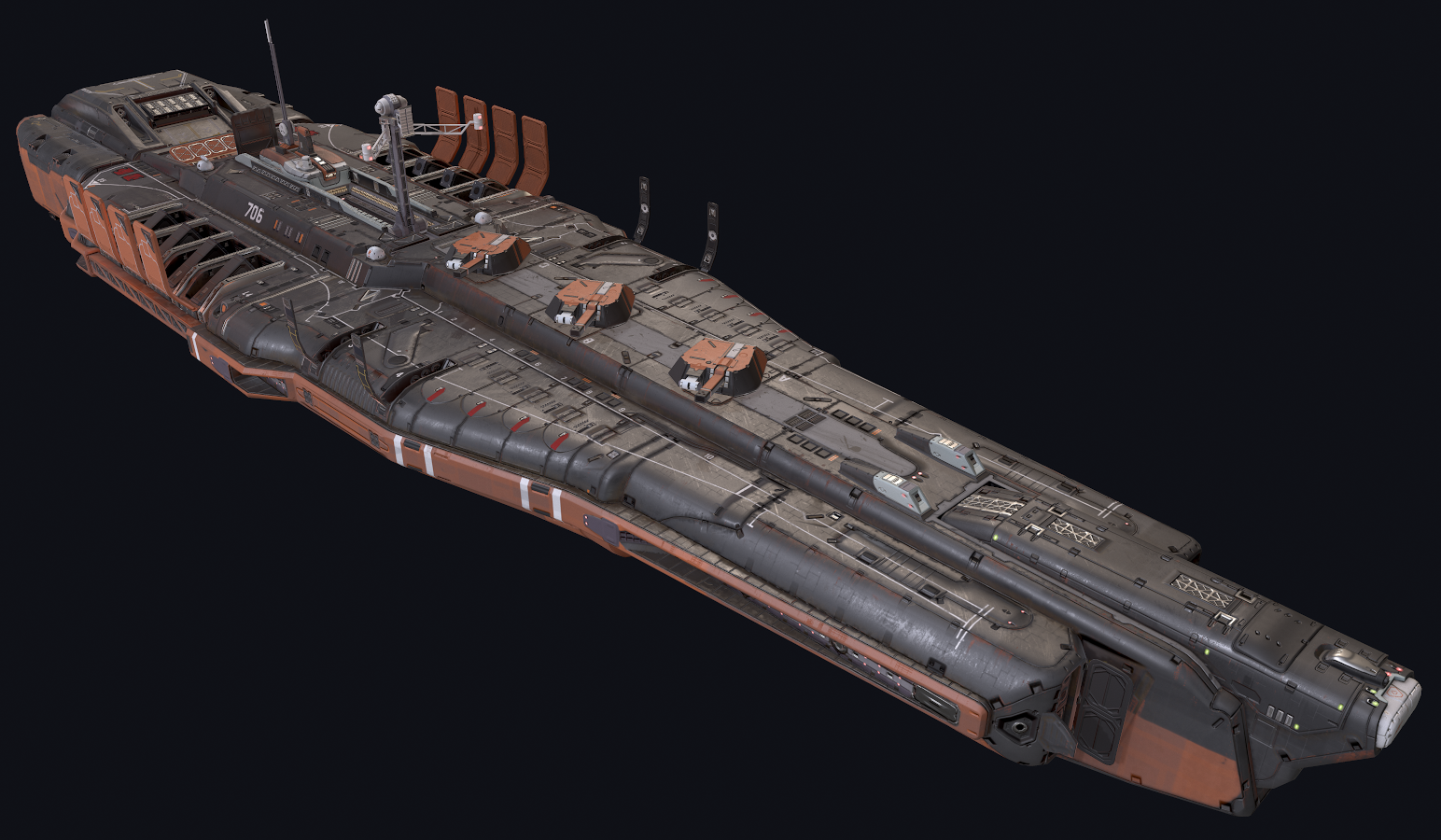 The Bunker Hill Class is something of a deviation from other US designs with a more rectangular hull. It’s also a stealth design and almost all external ports or sensors can be retracted behind panels. This is usually a good thing, but it does hinder it’s speed with less than 1/4th of the mass of the vessel devoted to engines.

The Bunker Hill has a set of 3 Turret Mounts which use Slingshot 150 Railgun Turrets. Then it has a pair of Laser Mounts holding Blazefire Lasers. Then come it’s missiles with 4 VLS Bays with 3-Cell Sparrow MRAM Batteries. Finally come it’s 16 Heavy Missile Ports using Avenger ASM Tubes. One set of these launches across the ship, while the other set launches outward. The reason for this is stealth as the ‘shielded’ launchers can fire missiles away from the target that will circle around without giving away the launch from the vessel.

The Bunker Hill Class Frigate was designed from the ground up for stealth combat. The UEB had the same idea and so created the Panther Class Heavy Frigate, but compared to the Bunker Hill it’s doing it wrong. If the Bunker Hill is used right their targets just suddenly die and besides seeing obvious explosions no one knows how it was done. They can probably best be considered assassins for enemy vessels.

If discovered, the Bunker Hill isn’t nearly as impressive. While it has some ballistic and laser weapons, none of them are terribly strong compared to their missile weapons. That said it can still take a good amount of abuse and finding them can be incredibly hard anyways.

The Bunker Hill is to recent to have variants. It’s unique features also make changing it’s equipment to much very difficult. There is some talk of versions with turreted lasers or other energy weapons instead of the railguns. This would be done to make it less ammo dependent, though much more power hungry and generating to much power makes hiding that power generation harder.