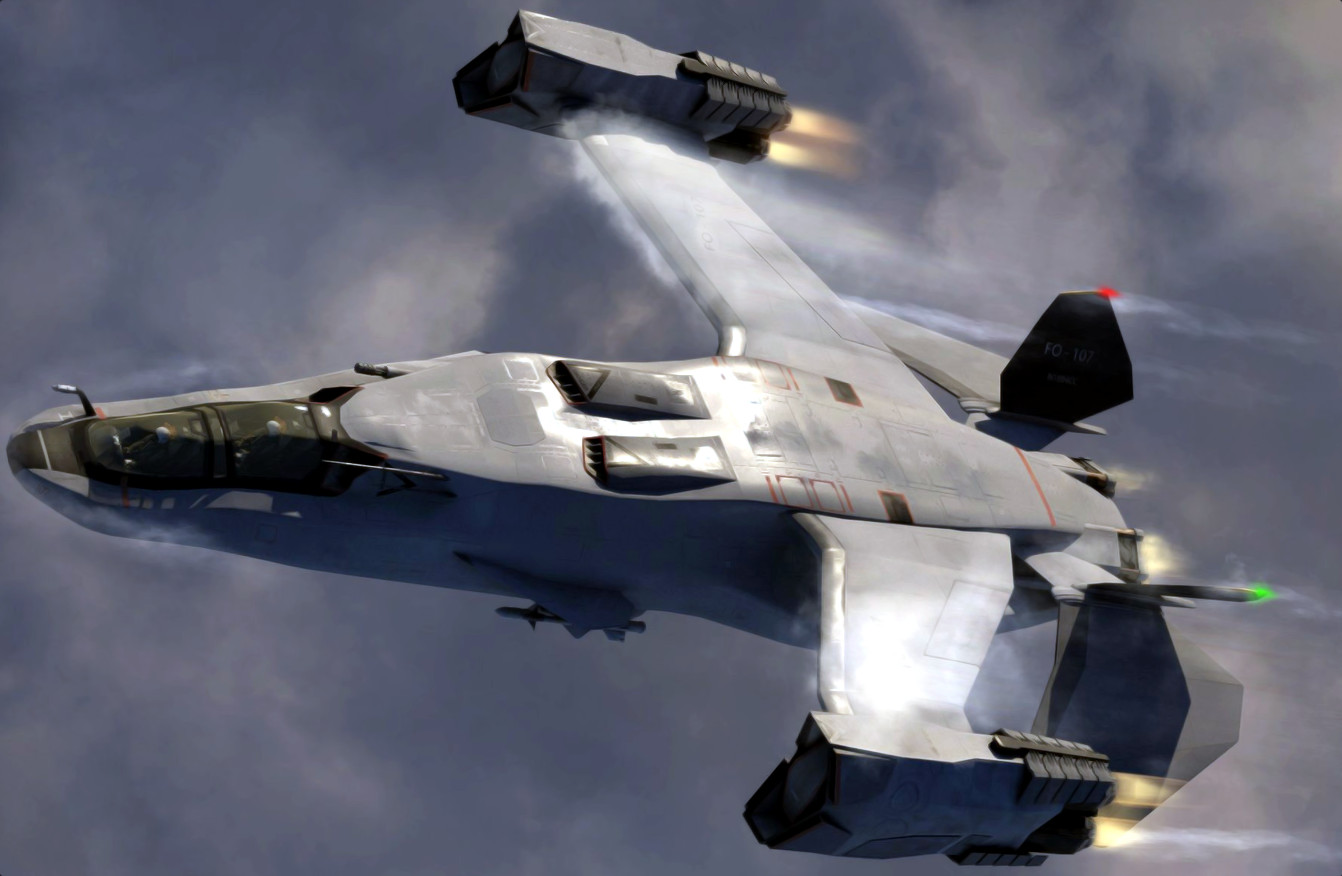 The F-100 is a classic broad-winged design with a helicopter style cockpit. It’s twin main engines are mounted on the tips of it’s wings on rotating mounts to give it it’s VTOL ability much like a modern take on the V-22 Osprey in a more compact frame. It also has four smaller secondary booster engines to help it achieve it’s trans-atmospheric ability.

The F-100 Hurricane Aerospace Fighter is a Lockheed Martin project meant to replace older VTOL fighter designs. They have the unique role of ‘space to ground close air support’ and were meant to escort shuttles in ground assaults and provide support all the way down. However, they got no major nations to buy the design as it was fairly slow compared to many other fighters and considered a bit to lightly armed. So Lockheed Martin sold the design on the open market to Mercenaries, who enjoyed it’s abilities.