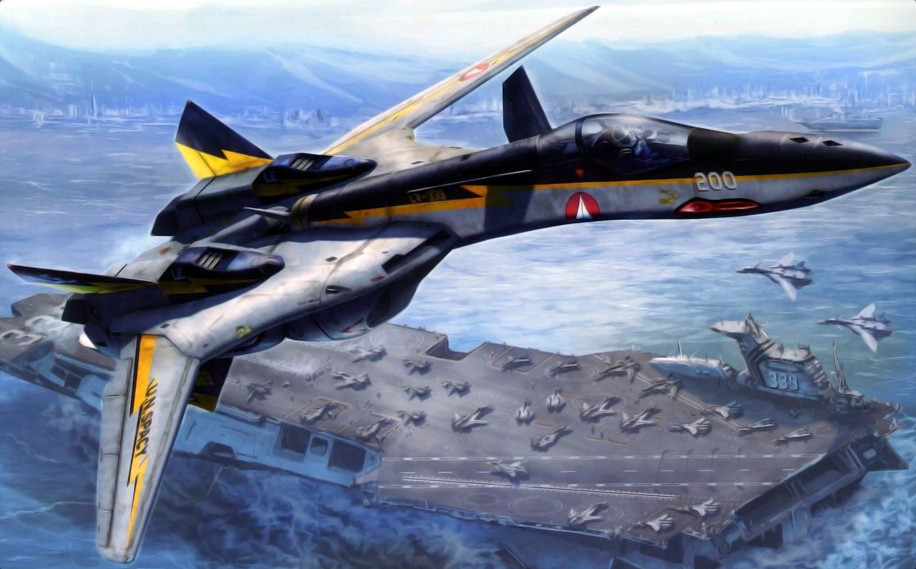 The AF-9 Excalibur Aerospace Fighter was the design using the lessons learned from the AF-4 Storm and AF-5 Corsair 2. It combines the best features of both designs into a single platform. It uses a more traditional twin engine design with high agility variable forward swept wings.

The Excalibur has a pair of Light Energy Mounts at the wing roots that use Hellion Rapid Fire Lasers. It also has a Light Energy Turret along the upper hull using a Hellion Rapid Fire Laser Turret, which is always in automatic PD mode. Then it has a pair of Internal Missile Bays that use either 4-Pack Sparrow MRAM Launchers or 6-Pack Falcon SRAM Launchers. Then it has external weapons starting with a underbelly Heavy Weapon Pylon meant for a Striker GWS Railgun Pod. Finally it has 4 Missile Pylons which can use either Sparrow MRAMs or 3-Pack Falcon SRAMs. It also has a pair of Advanced Equipment Module Attachment Points (AEMAP), though these are optional use and usually only issued with need.

Depending on how it’s equipped it can have 12 Sparrows or 24 Falcons, or some mix between the two. Not counting AEM units which can have another 4 Sparrows or 12 Falcons.

The AF-9 Excalibur Aerospace Fighter was meant to replace the both earlier AF series fighters, and it would effectively replace the AF-5 Corsair 2. Like the earlier designs it would be fielded among the UNSC before entering more regular service. It doesn’t have quite the firepower of the AF-4 Storm, but proved itself quite capable. It does lack ‘ship killing’ firepower against larger vessels though, which is why it never replaced the AF-4.

Like the AF-5 Corsair 2, the AF-9 can also make use of the The Advanced Equipment Module Attachment Points (AEMAP) system to enhance it’s abilities. However, it uses different units than those for the AF-5.

The AEM Type M2 gives the AF-9 small secondary booster engines as well as a 6-Pack Pack Falcon SRAM Launcher per unit, for a total of 12 Falcon SRAMs. This gives it slightly increased speed and provides another 12 short range missiles. This is normally taken when close in dog-fighting is expected.

The AEM Type M3 gives the AF-9 similar secondary boosters as the Type M2, however instead of housing a Falcon SRAM launcher it mounts a Dual Sparrow MRAM Launcher. This gives it another 4 Sparrows to fire as well as a small performance boost to it’s speed. The M3 is considered more ‘general purpose’ and meant for a mixed target environment.