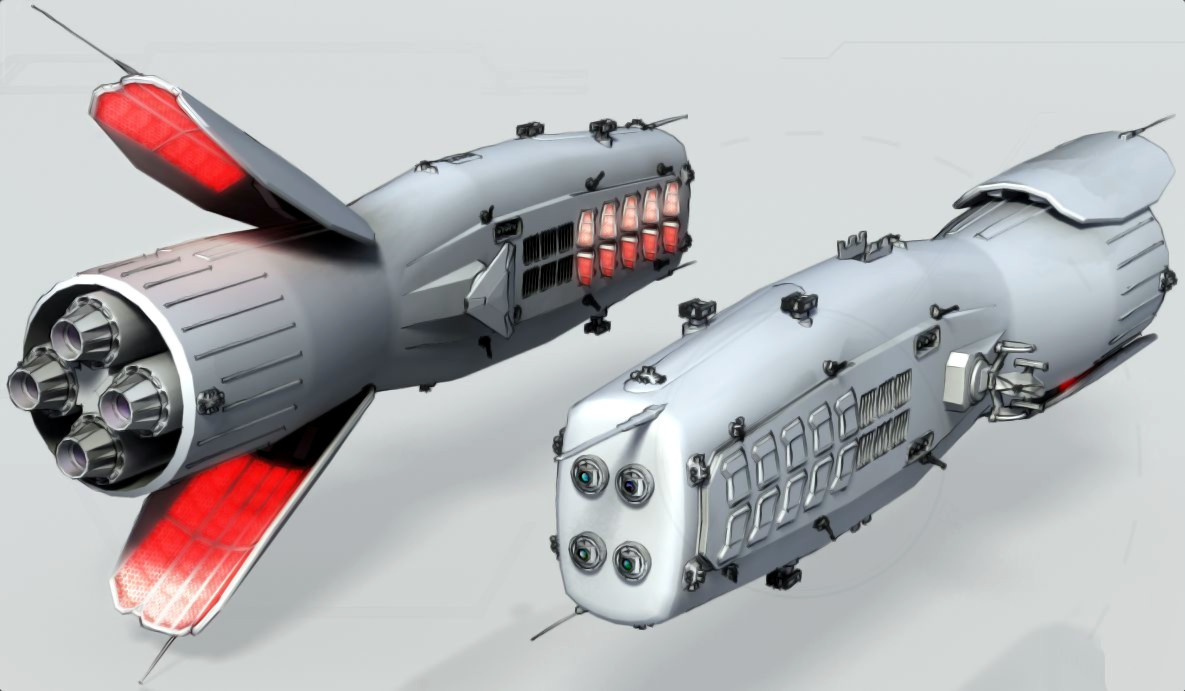 The Ares Class Frigate is a United States design for a general purpose frigate capable of handling a wide range of missions and roles. It has a weapons set suited to this as well, with effectively all weapons being useable at a variety of ranges and against a variety of targets. It’s not quite the ship killer that some other frigates are, but it has more potential Anti-missile and anti-fighter ability than those designs which makes it great in fleet actions.

The Ares is built with 4 Heavy Cannon Mounts in it’s nose which usually hold Exostar UV Lasers. These weapons let it engage long range targets head-on and given it’s light missile loadout they become it’s primary weapon. These are backed up by 8 Light Turrets which are usually Slingshot 120 Light Weight Railgun Turrets. These can be used at all ranges and have CIWS capability so they can be used purely defensively if needed. Lastly they have 4 Light Missile Turrets, which hold Guided Missile Launcher x18 with Sparrow MRAMs. This means it can fire 72 Sparrow missiles before needing to be manually reloaded form stores. These are anti-missile/anti-fighter style missiles that can be used against other vessels at medium ranges.