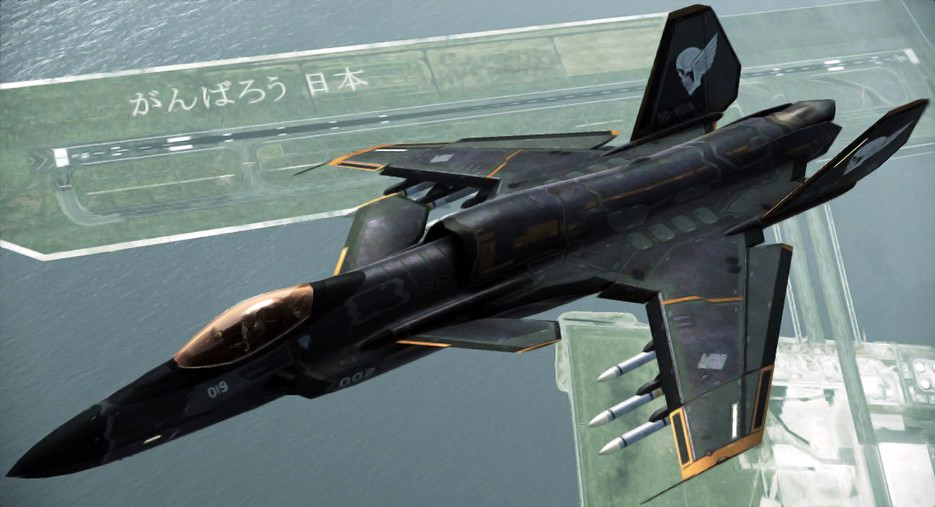 The ASF-9X Karasu is a variant of the ASF-7 Sanda Aerospace Fighter that was made into it’s own series. It drops the carrier features and increases the sweep of the wings, while removing the cannon mounts near the cockpit. More significantly it has a stealth hull and an enhanced performance engine. It was also the first take on trying to create a interceptor, though the speed is a bit slow for the role.

The Karasu retains most of the same weapons as the ASF-7 with a Heavy Pylon that can mount a Type 142 ASM or Type 160 Torpedo. This is backed up with 6 Missile Pylons using SM-9 ERAMs.

The ASF-9X Karasu Aerospace Fighter was a design created from the ASF-7 series, adding in stealth and interception while removing the carrier specific features. It lacks non-missile weapons for the same reason as the US F-43E Raptor 2 Aerospace Fighter. It’s performance was acceptable, but it sadly never really caught on. They are still used, though now they are more often than not given the task of fast stealth torpedo strikers.

As a variant of the ASF-7 series, it never received variants of it’s own and started as the ASF-9X.