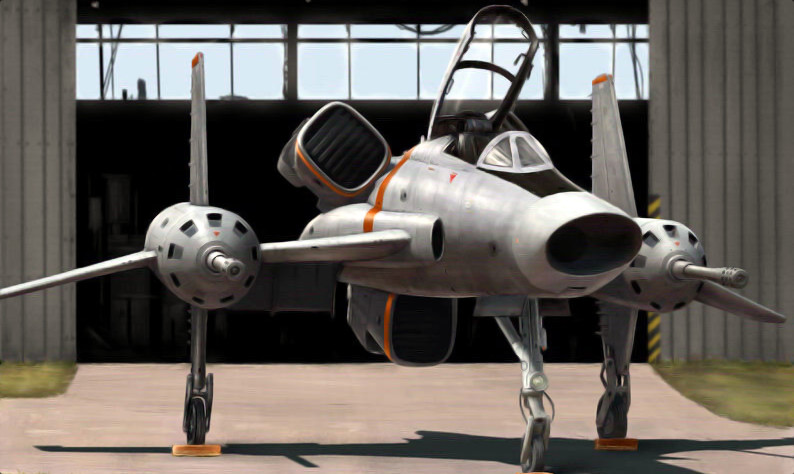 The Comet is a triple engine swept wing style design with large weapon pods mid way down the wings. It is fast, but not exceptionally agile as it’s designed for straight line strafing runs.

The Comet has an extremely simple weapon layout with a pair of Heavy Cannon Mounts in the wings using Silver Bullet Railguns.

The Comet Aerospace Fighter is a 2nd generation design created for the UEB. It is designed to carry a pair of frigate sized railguns to take on both other fighters and larger vessels. It’s proven that against fighters or corvettes they get shredded if the Comet can land hits and even larger vessels needs to be careful of it’s fire. It’s also very useful against ground targets and a great close air support vessel.

The Comet has not received any true variants as it does it’s job very well. Some have argued it needs missiles, however no experiments to mount some sort of missiles on it have proved successful. One potential variant that has been growing recently would see a pair of Heavy Radium Lasers in the cannon pods or potentially a version of the Plasma Railgun.