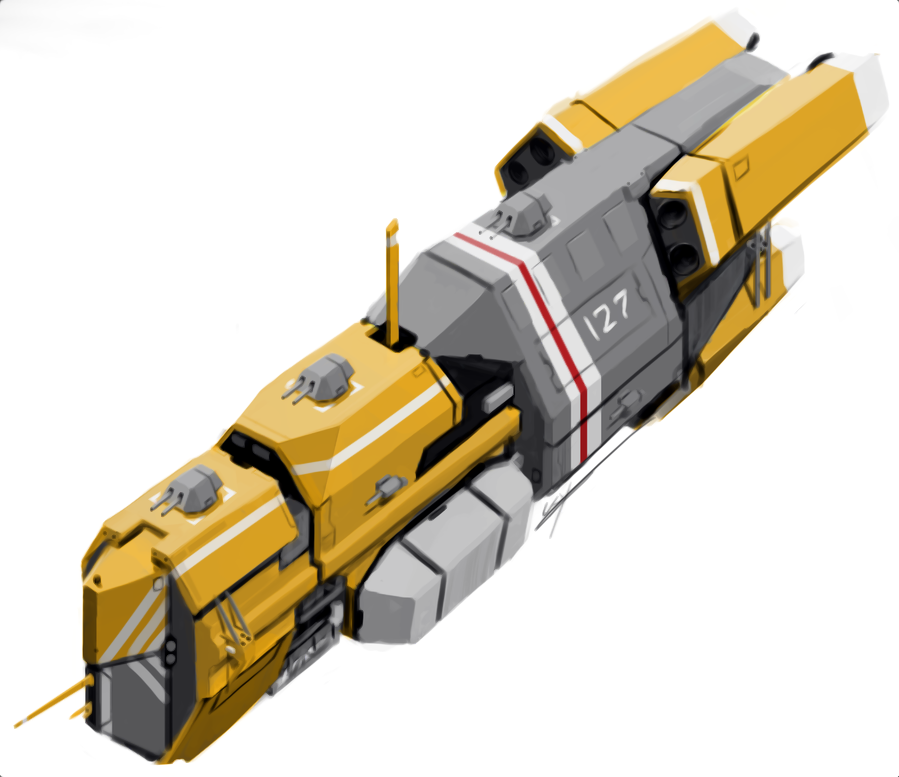 The Douglas Frigate is the only first gen UEG design that doesn’t look like a boat. Instead it looks like a brick. It also wasn’t designed to excel at anything in particular as it was meant to fill in wherever needed and do any job that needed done. It also was designed to only need a crew of around two dozen sailors.

The Douglas Frigate was a first generation UEB design and would be smaller than both the Mako Frigate and Hammerhead Frigate. The were designed to be generalists that could be used for patrols without tying down heavier vessels and be sent everywhere.

The Douglas had one variant the L-type. The L-Type replaced the 4 fixed cannons with Fixed Radium Lasers, which are slightly upscaled from the Rocket Class Corvette. This version of the Douglas is something like the US Ares Class Frigate.