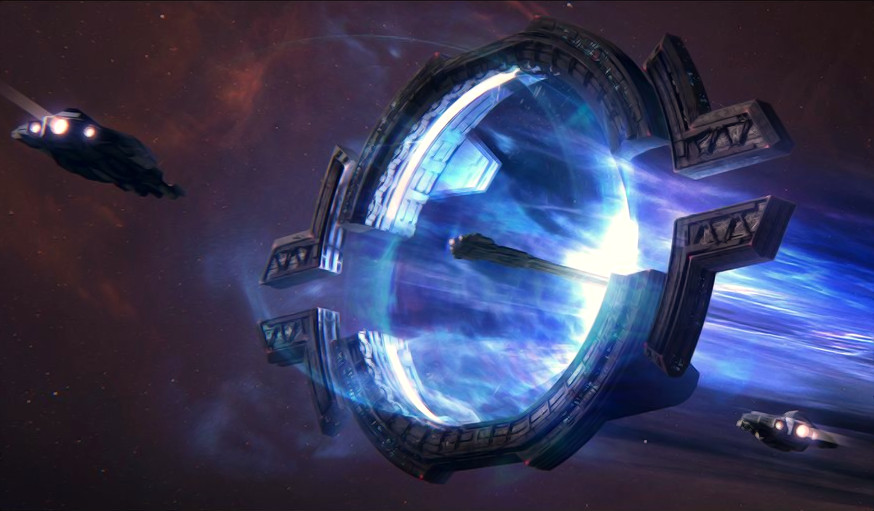 Gravity Lensing Singularity Gates were created as a breaktrhough from a team researching on the moon through a joint nation project. Sadly the first activation of the gate was on the surface of the planet and it formed a rather impressive crater when they tried sending an object through as their is a ‘flare’ of energy when it’s in use.

The next gate was created well away from most heavily trafficked space near Jupiter. It is held exclusively by the United States with the assistance of the Genesis Corporation. This is an adjustable maximum 120 foot wide LGS Gate that made the first FTL journey. The exact method of linking gates wasn’t known and the first several FTL transits resulted in non-returning journeys. The first success is the one finally reported to the press and the destination was secured by carrying a ‘portable gate’ before a later more capable gate replaced it.

While the first gate is well known, most nations with later gates keep their locations closely guarded secrets. At least this is the case within the solar system, though traffic flow to specific areas basically clues in all other nations anyways.

There are a mix of pluses and minus for using gates that all spacefarers should be well aware of.