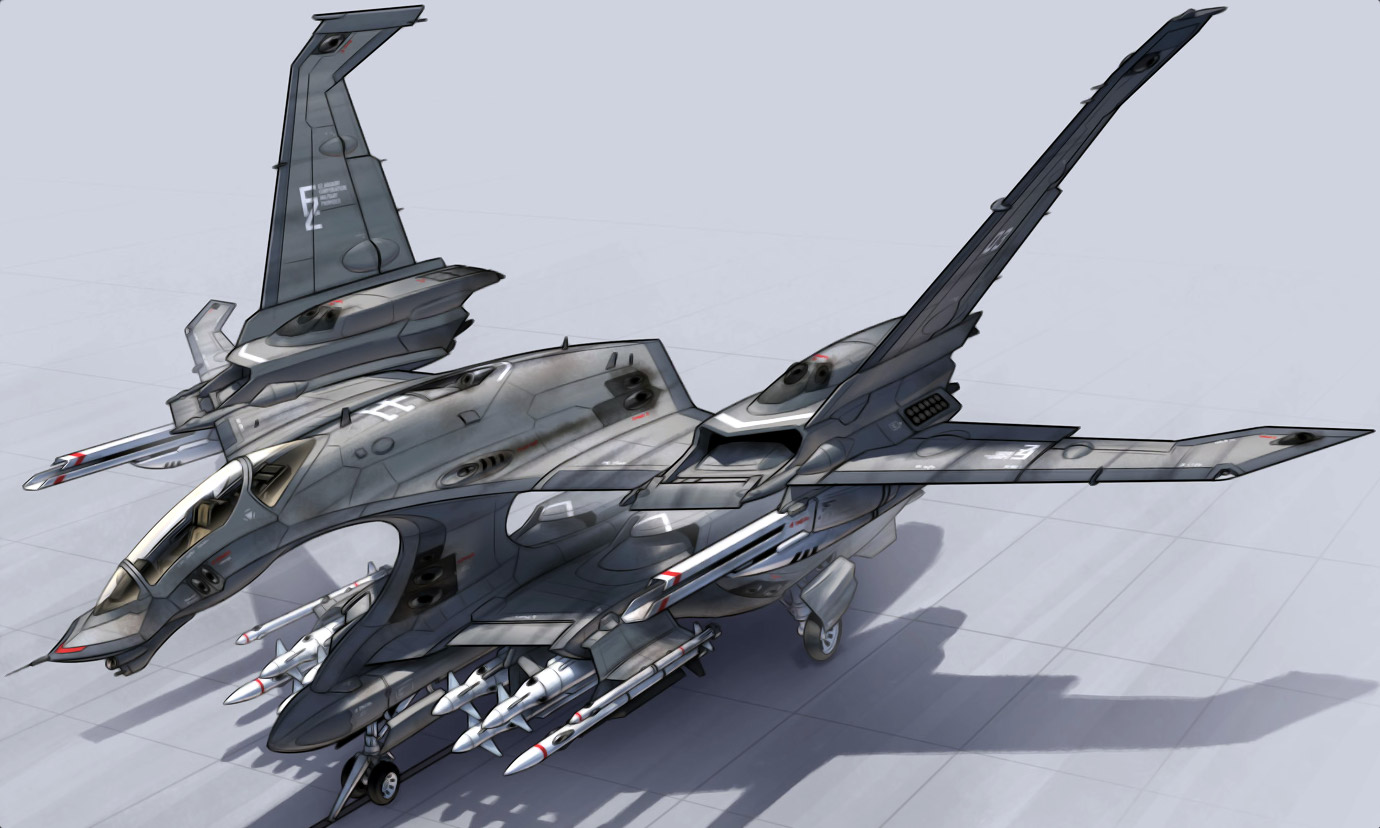 The Sylph is a aerospace fighter utilizing a radical 5 engine design and what can arguably be called a ‘lifting body’ hull, while still retaining wings. 4 Wings as a matter of fact. It’s also very large, nearly matching some corvettes such as the later Rakurai Corvette for size.

The HF-7 Sylph Aerospace Fighter is a radical Japanese design for a heavy fighter. While it looks pretty crazy it’s actually very effective both in an atmosphere and in space.