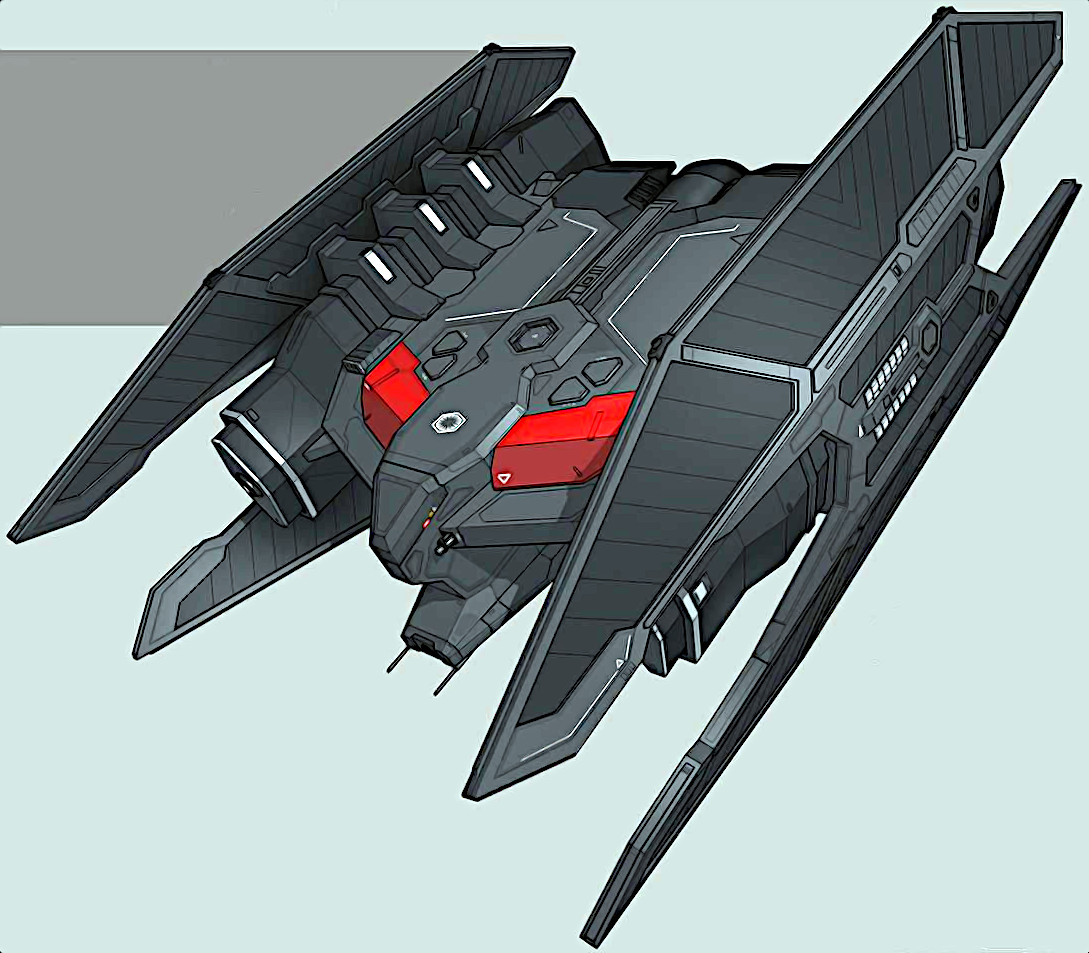 The Lieren, and the Shonnin, are part of the ‘new type’ Japanese designs. These designs use radiating ‘wing’ panels that jut from the central hull.

The Lieren Class Corvette is one of a pair of ‘new type’ corvettes designed and used by the Japanese SDF. The Lieren is a general purpose design meant to be able to handle most situations from taking out larger vessels to handling fighters. It can be easily considered an oversized fighter with it’s one person crew. While they haven’t seen much use yet, they have been effective.

It is way to new to have any variants, though it has been suggested they could add connections for a pair of pylons that can hold heavy missiles or torpedoes for more large vessel striking power.