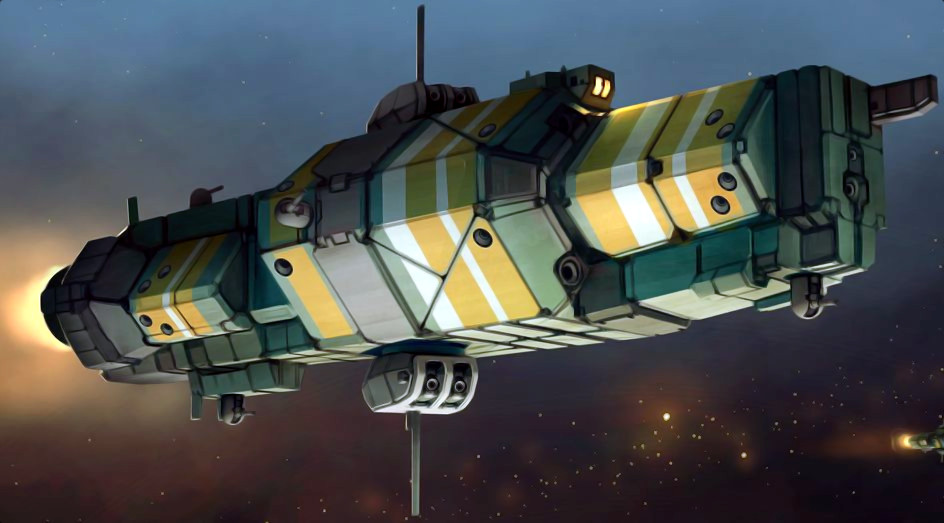 The Loki is primarily a support Frigate that tries to fill a lot of roles at once. It’s primary role is ‘fleet’ support with a mix of weapons to engage at any range and help in a fleet anti-missile screen.

It has an array of weapons starting with a fixed forward cannon mount. This is usually a Oto Oto Melara X127 Railgun with the barrel recessed into the hull. This is backed up by a pair of heavy turret mounts, which are typically armed with a Dual Oto Melara X127 Stub Railgun Turrets which use short rails to cut down on needing an external barrel. This uses far more power and has reduced range, but allows the turrets to better resist battle damage. Next are a set of 5 Light Turrets which are normally Oto Melara X76 Railgun Turrets. These can act in a point defense mode, though the weapons are a bit slow compared to most CIWS designs. Lastly it has a pair of Heavy Missile ports mounted forward. These are typically Harpoon Anti-ship Missile Tubes.

The EU had been getting by on vessels bought by member nations for some time, until finally giving in to pressure and establishing a formal space borne ‘navy’. The Loki Class Frigate was their first vessel. It was meant to be part of a Task Group, but money for larger vessels would be held up and the Loki would act on it’s own or in paired task groups for a long time.