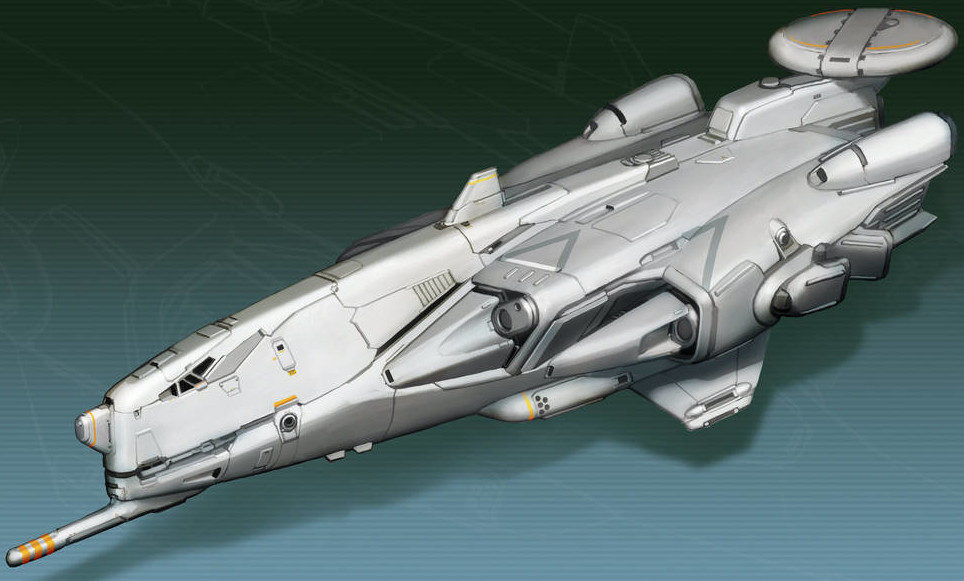 The Longbow Corvette is a fairly simple design with a central hull and a pair of side mounted engines that ‘grow’ from the hull. It has ECM/ECCM and a large array sensors including a Radome and a forward sensor boom. Though even with it’s extra size it doesn’t have better sensors or ECM abilities than what a fighter can carry.

The Longbow Class Corvette is the EUB answer to the US AF-5 Corsair 2 AEM Type ES5 and AF-15R Prophecy. Unlike those fighters the Longbow has facilities for it’s three man crew to perform extended operations for a week or more before requiring resupply. This lets them do patrol duties as well as being the core of a group of fighters for assaults on larger vessels. They are also commonly seen being used by the UEB to extend the sensor reach of a task force.