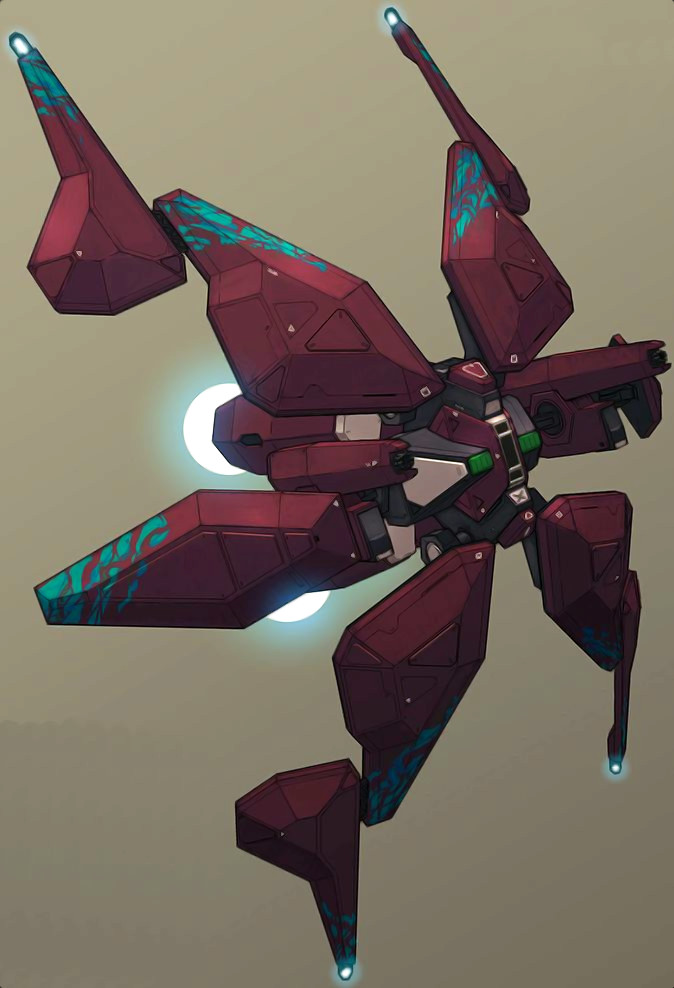 The Rakurai Corvette is only slightly larger than a fighter, at least before it spreads it’s ‘shields’ out. In fact the shields are heat exchangers and extended sensors as well as protective shields and the ‘outside’ surface is the same stealth material as the rest of the hull.

The Rakurai is both fast and agile with multiple thrusters and four engines with vectored thrust. The engines themselves mass over half the central hull.

The Rakurai has a pair of fixed Cannon Mounts which hold Railguns. It lacks any other weapons and while it’s weapons are not mounted in turrets it’s agility is actually high enough that the whole vessel can be used like a turret.

The Rakurai Corvette was initially conceived as a heavy fighter meant to deal with other fighters in combat. However, the design concept ballooned as other needs came to mind at the JSDF admiralty. In particular they wanted a ‘fighter’ that could be used as a scout and perform extended operations. The result ended up getting classed as a Corvette with a crew quarters behind the cockpit with everything one might need for even weeks at a time.

While the military like it in general it does feel underpowered compared to other corvette designs. That said it’s hard to hide from the ‘Lightning Strike’ and once it gets on another fighter that fighter is likely dead. It’s also popular with private citizens, as these corvettes are comfortable and can go anywhere. However, it’s not often one is sold to a private citizen.