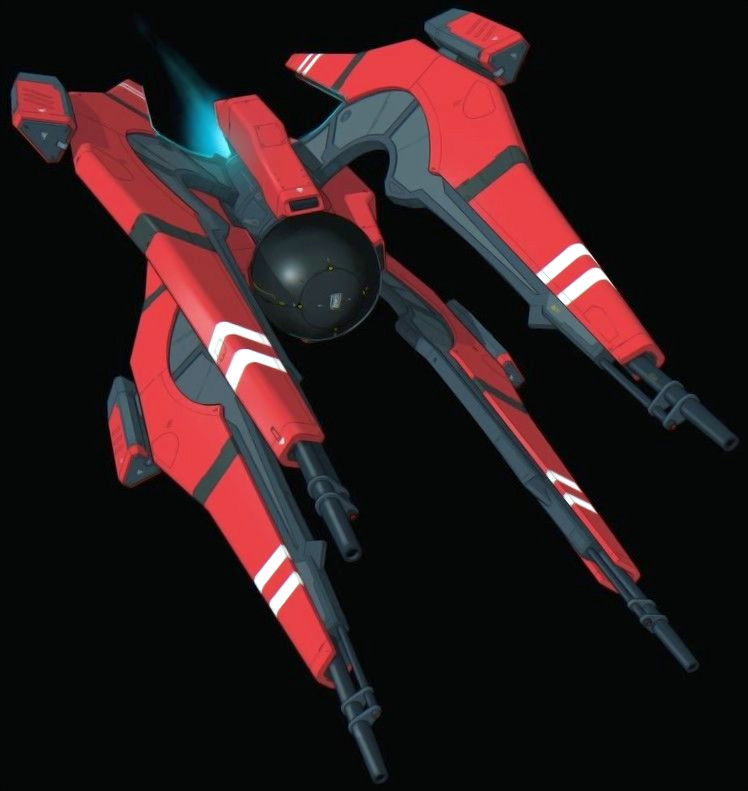 The SF-3 Washi Space Fighter uses the new design style that the Japanese developed for their space fighters. This design style has a central hull with the drive systems and ‘wings’ going off to mount the weapons, and the ‘wings’ themselves are larger than the hull. The Washi has 4 ‘wings’ that jut directly from the hull like claws. It also has the larger of the engine units between it and the SF-2 Indeba Space Fighter, making it faster.

The Washi has a set of 4 Cannon Mounts using Sanda Longbarrel CIWS Railguns. Backing up these are a set of 4 Missile Pods using SM-9 ERAM 3-Packs.

The SF-3 Washi Space Fighter is one of the ‘new type’ space fighter designs created by the Japanese. It is the interceptor of the two designs and so far has proven effective. They are very agile for the enemy to catch and to make it worse for their victims they have a lot of empty space for kinetic rounds or laser bursts to pass through rather than to strike the fighter. So in a dogfight the enemy is at a disadvantage.

They are way to new for any variants to have been developed.