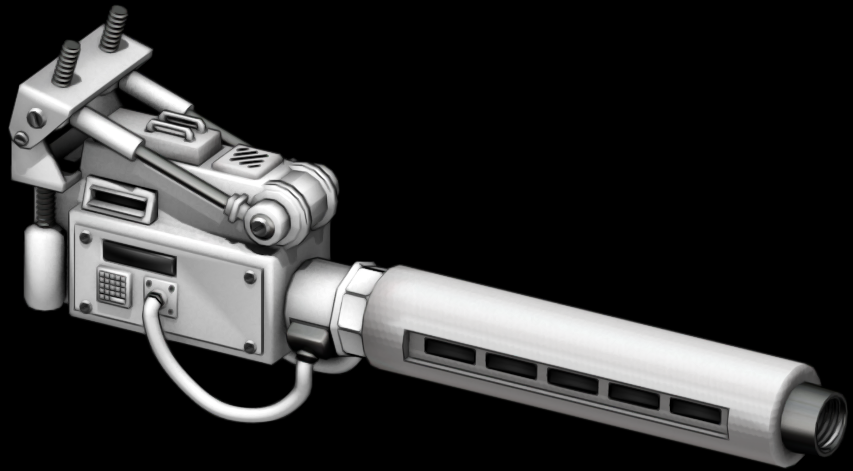 The Slingshot Series of Railguns are helical railguns designed to be used on lighter vessels and was made with a integrated point defense mode for use in a turret. Like many weapons of it’s type and caliber it is derived from a series of Naval guns.

The most well known variant is the Slingshot 120 Light Weight Railgun used on the Ares Class Frigate. This version was designed to be as light as possible and so optimized for use in turrets which are used for point defense.

While one of the newest entries in the series the the Slongshot 150 was designed for the newer Bunker Hill Class Frigate. It’s the largest of the series to be produced.