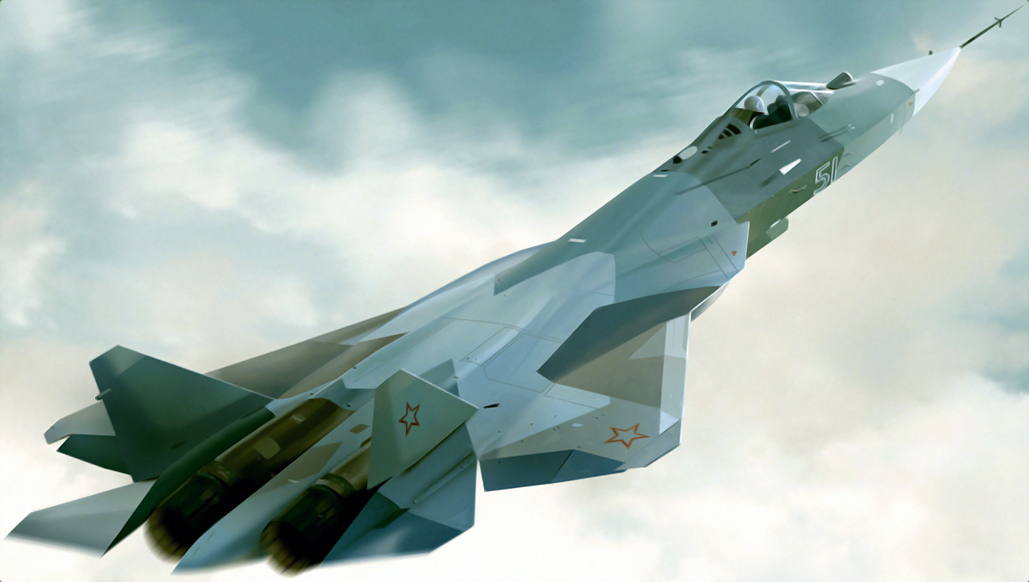 The Su-50 Mirazh, internally called the T50 during development, was based on their existing mainline fighter. They simple used that base and added scramjet engines along with a new exterior hull material for initial test versions. After several revisions they managed to make a stable aerospace design.

The Mirazh has one Light Cannon Mount that uses a GSh-30R Railgun. Then it has an internal Light Missile Bay holding a 2-Shot Shershen SRAM Launcher. This is a holdover from the earlier stealth fighter it was made from. Finally it has a pair of Missile Pylons using Kinzhal AFMs. The pylons don’t actually mount on the wings like most fighters, but off of the fuselage up under the root of the wing.

The Su-50 Mirazh Aerospace Fighter is a modification of their existing 5th gen jet fighter design into an aerospace platform. They learned many lessons with it that would go on to make the Su-97 Kogot a better choice. However, they have continued to use the Su-50 in 2nd tier squadrons and as a aerospace flight trainer.

The current version is the ‘M’, which is how it is shown above. The ‘T’ is a trainer variant with a longer nose to fit a 2nd seat in the cockpit for the trainer and is otherwise the same. Earlier versions had a conventional rapid-fire aircraft cannon modified for use in space rather than a railgun. It fired much faster, but had far less effective range and the rounds traveled slower.