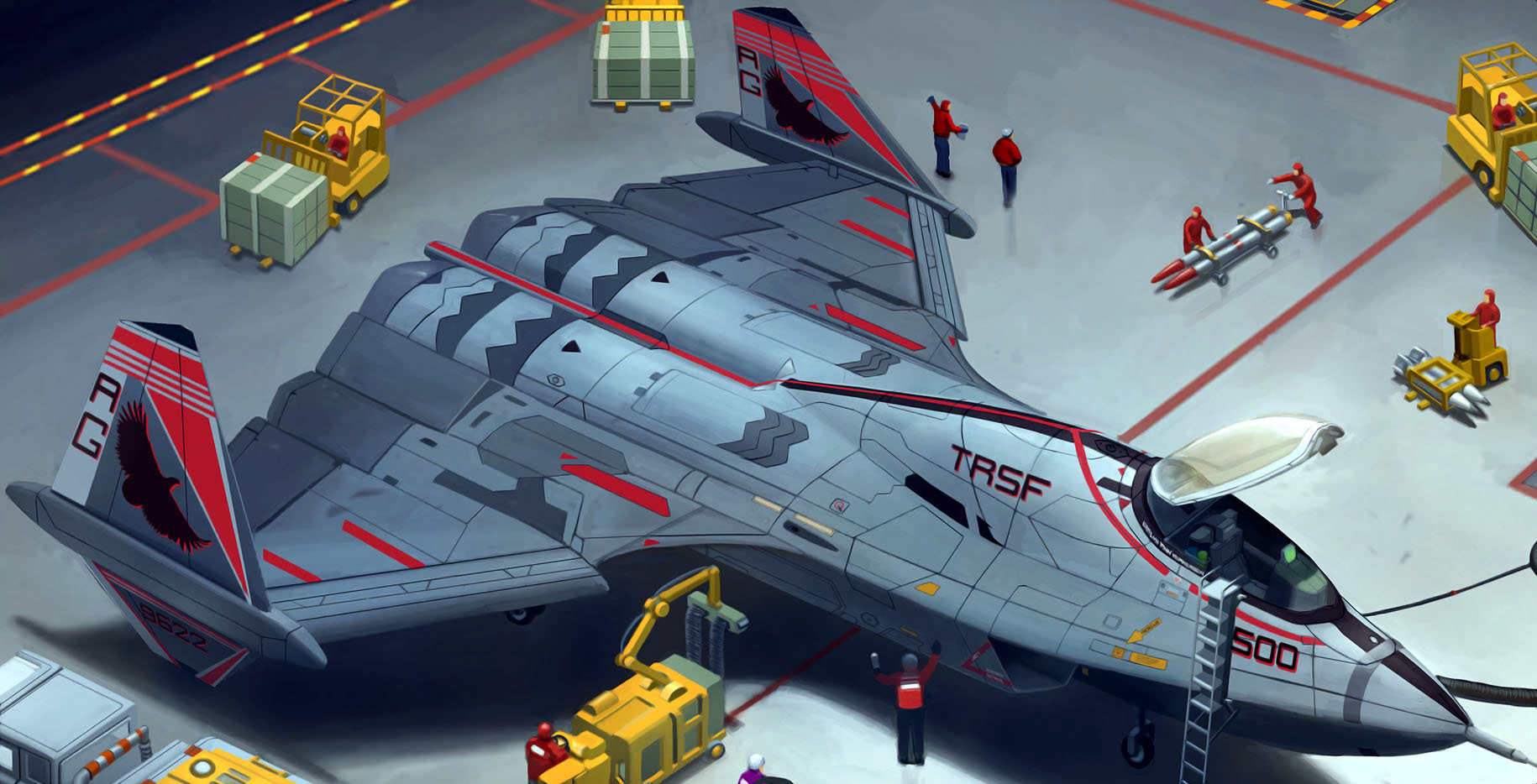 The TRSF Interceptor is a bulky, yet compressed traditional fighter design. It uses twin engines mounted directly next to each other and that take up most of the space within the primary hull. The cockpit mounts to the extreme fore section along the upper edge.

The TRSF Interceptor is a EU member nation design from the Netherlands. Like several other designs of it’s era it did away with a internal cannon and opted for a pure missile load. Combined with very high speeds it made a capable interceptor, though it’s pure missile loadout does mean that once it’s missiles run out it’s just a flying target.

It proved good enough, and cheap enough, the EU adopted it for the EU navy. It fares pretty well against most other interceptors and being a transatmospheric design can be based on a planet or other ground facility.

The TRSF has one variant the ‘Type 2’. This replaces the internal missile bays with a pair of extending railguns. These can close up tight when not needed and then open to start firing. Typically it uses a pair of Portiere CIWS Railguns. This lowers it’s missile load by half it’s ESSM Mk7 Missiles, but does give it a close in fighting ability. Results have been mixed for both versions though.