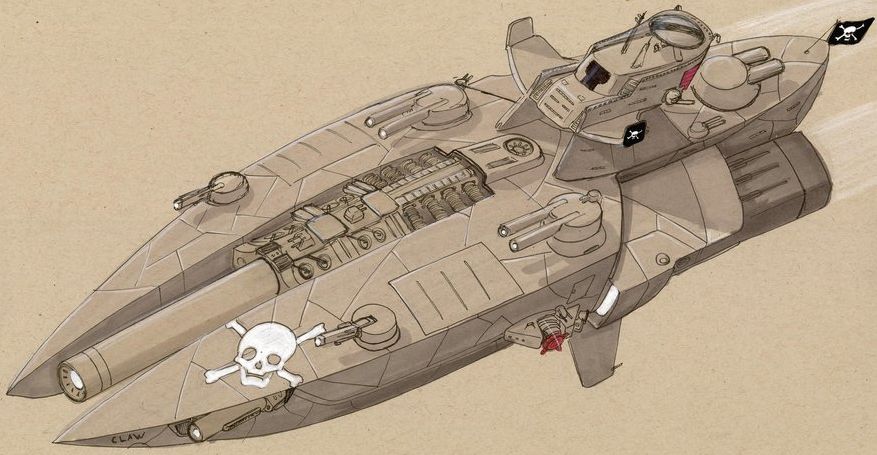 The Vega Class Heavy Frigate is a very typical pirate vessel, heavy on laser weapons to intimidate merchant vessels with. However, this is a much heavier vessel than typically used by pirates. Only the most well off pirates can hope to own one of these, but as it can go up against military vessels when needed it’s not a bad investment.

The Vega Class Heavy Frigate seems to have been created by a pirate group with access to a decent shipyard. The result was a Frigate that could handle the best armed merchants and deal with light military forces in a pinch. Production of the Vega seems limited, but it has proven popular with bands that can afford them. Since it was designed to fill the role pirates need most this is no surprise.

While not a true ‘variant’ some Vegas have been seen to replace their laser turrets with railguns. This reduces the power load and lets it use it’s fixed lasers more often.