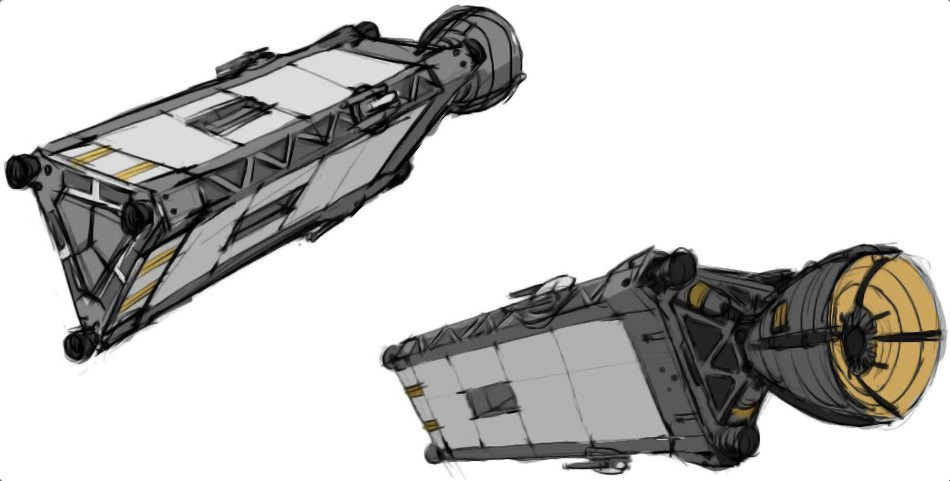 The Type 1 is a simple design with a triangular hull and a big engine exhaust with 6 smaller engines, 3 on the front and 3 to the rear.

The Yuandong eventually got 3 Turret Mounts which have fit a variety of weapons, but the factory version used the Chinese Dual Type 125 Helical Railguns. These can be used offensively or defensively, though have only a moderate rate of fire.

The Yuandong Type 1 Frigate is more of a transport than a Frigate, but they were used for a variety of tasks by Yuandong and several other Chinese companies in the early days. Even the Chinese military looked at it for inspiration. These days anyone can buy the Type 1 and they are decently common choices for those in need of transport.

The current version, the Type 1E, is actually a variant of the original Type 1. The original was very similar, though has slightly better sensors and no guns. Another version of note is the first armed version the Type 1D. The Type 1D had the Dual Multi-Barrel Type 40 Helical Railguns meant for defense only.